The capabilities from our various professional backgrounds provide a blend of skills that distinguishes New Energy Equity from the competition. 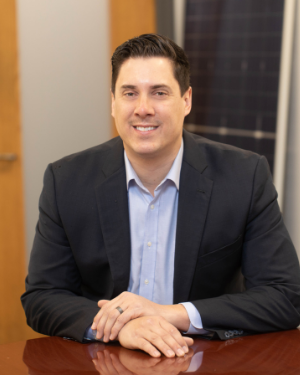 Matt Hankey is the Co-Founder, President & CEO of New Energy Equity, LLC. Under Matt’s leadership, New Energy Equity has installed more than 250 renewable energy installations in more than 20 different states, totaling more than $600M in total transactional value. New Energy was ranked by Solar Power World in 2021 as the 7th Top Solar Developer and the 8th Top Solar Contractor in the United States and has been ranked as one of Inc. Magazine’s Fastest-Growing Companies in both 2019 and 2020. Before he co-founded New Energy Equity, Matt held senior management positions with two Mid-Atlantic renewable energy companies where he was responsible for the management of the development and implementation of renewable energy projects within each company’s footprint. Prior to entering the renewable energy industry in 2010, Matt worked in mergers and acquisitions (M&A) and corporate finance with M&T Investment Banking Group in Baltimore, MD where he assisted in the execution of multiple corporate finance transactions totaling over $430 million in enterprise value. He received his B.S. in Finance, Magna Cum Laude, from Ohio State University. 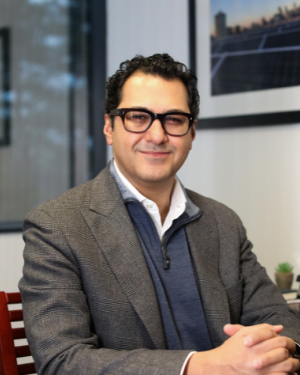 Ahmar Zaman joined New Energy Equity in 2021. Ahmar has been involved in the solar industry for more than 15 years and brings valuable insight having experienced the entirety of the industry’s evolution, and through various cycles. Most recently, he served as CFO of one of the largest US PV/Storage O&M service firms which he helped grow from a single vertical to covering four industry verticals while tripling assets under management. His career began at UBS Investment Bank as an equity research analyst, one of only three covering the Solar industry at the time.  As Chief Financial Officer, Ahmar is responsible for supporting rapid growth by managing the internal and external financial functions of New Energy Equity and its subsidiaries. He received his B.S. in Finance, from Arizona State University and his MBA from Babson College. 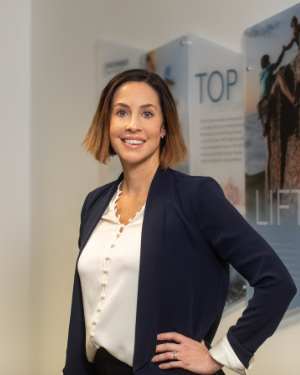 Lindsey Gillis joined the team in 2014.  Prior to joining New Energy Equity, Lindsey worked for eight years as Global Program Manager at 3Di Technologies and then as Director of Programs for L-3 Communications (3Di Division).  Lindsey’s satellite communications project portfolio spanned geographic areas in SE Asia, Africa, and the Middle East with customers such as the DOD, DEA, UAE Special Operations Command, Lockheed, GD, IBM, Verizon, and many other multinational corporations and government entities. Lindsey is a dynamic and highly motivated individual experienced in global program and project management. As Vice President of Operations, Lindsey manages all activities relating to Operations at NEE. Lindsey provides the project and operations oversight to assure that the appropriate resources are engaged at every phase of a project including initial due diligence, planning and project implementation.  It is Lindsey’s responsibility to bridge the expectations of our customers with the expectations of our project investors.  Lindsey works with our business partners and customers to assure that requirements are understood, that deliverable requirements are met, and that any escalations in the project are properly managed. 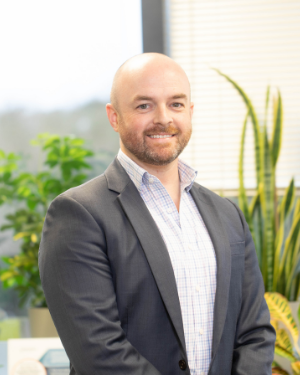 Josh Kunkel has been involved in the energy industry for 15 years, with 10 years in the renewable energy space. Having worked on deals ranging from $100k to $1B, including both local community solar to large operating portfolios, Josh has a successful track record of getting projects financed and built. Prior to New Energy Equity, Josh has held management positions with two different solar developers responsible for M&A, Business Development and Finance. Josh has a degree in Chemical Physics from Hamilton College and an MBA from Cornell University. 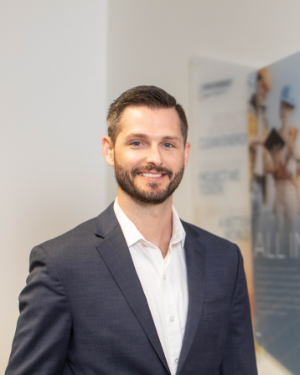 Dean Eastlake joined New Energy Equity in 2016 and currently leads all procurement, technical, and project management efforts as the VP of Engineering and Construction. His team ensures the best-in-class design, accurate performance modeling, and quality construction workmanship beginning in the early development phase all the way through to final project commissioning. Dean manages the relationships with EPCs, Utilities, Owner’s engineers, AHJs, and Technical Reviewers. Dean has been designing, modeling, constructing, and managing solar projects for over 14 years. His professional experience began at Aurora Energy with the main focus as the lead Design Engineer for residential and small C&I solar projects. As a lean company, Dean wore many hats and had responsibilities ranging from residential sales, design and engineering, boots on the roof construction, and operations and maintenance. As his desire to design and build large-scale projects grew, he joined Standard Solar where he served as Senior Project Engineer and Engineering Manager. Here Dean expanded his solar design and construction experience to the large C&I and small utility-scale as he led a team of six engineers in technical project development, value engineering, full electrical and mechanical construction plan set creation, product selection and procurement, and construction support. He received a B.S. in Engineering with an Electrical Concentration from Messiah College. Dean has also been a NABCEP Certified PV Installation Professional since 2009. 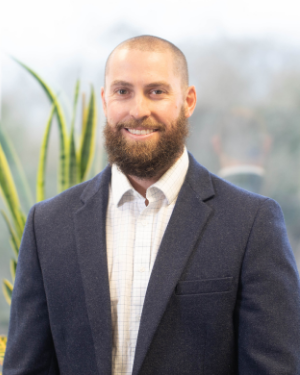 Jake Dashiell joined the New Energy Equity team in 2016 as a Business Development Manager and transitioned to Director of Business Development in 2018. Prior to joining New Energy Equity, Jake worked in fundraising with the National Federation of Independent Business. Jake oversees all activities related to business development and strategy at New Energy Equity, from project origination through the entire development cycle. Jake is responsible for establishing partnerships with developers and EPCs nationwide and managing the diligence process during project acquisition. Since joining the team in 2016, Jake has successfully developed and financed over 75MW. He received a BS in Economics from the University of Maryland College Park. 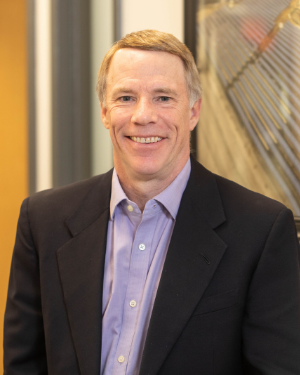 Jim Wrathall joined New Energy Equity LLC in 2019, coming from K&L Gates, where he had represented New Energy. He previously spent more than two decades with AmLaw 20 law firms Skadden and WilmerHale. Since 2014 Jim’s practice has focused exclusively on solar and renewable energy project development, finance, M&A transactions, and policy matters. From 2007-2011, he served as Senior Counsel to the U.S. Senate Environment Committee, working on climate and clean energy legislation and oversight. Jim received his B.S. in Management from Tulane University and his J.D. from Georgetown University Law Center.

Jamil White joined the team in August of 2020, as Controller of New Energy Equity and all its subsidiaries. In his capacity as Controller, Jamil is responsible for managing and supervising the accounting and finance operations, which includes cash management, treasury, and financial reporting. He assists the management team by providing financial insights into business decisions and maintaining compliance with tax and audit matters. Jamil previously served as Controller of other high-growth portfolio companies and has a reputation for building strong teams and delivering timely results in fast-paced environments. Prior to arriving at NEE he served as the Senior Director of Accounting and Reporting at Howard University, located in Washington DC. Jamil has over 15 years of experience in various accounting fields including assurance, corporate accounting, financial reporting, tax compliance, and has worked for prestigious organizations such as Ernst & Young (EY), and Washington Gas. He received his BS in Accounting, Magna Cum Laude, from Morgan State University, and received his MBA from University of Maryland University College with distinction. Jamil is also a Certified Public Accountant, licensed in the Commonwealth of Virginia. 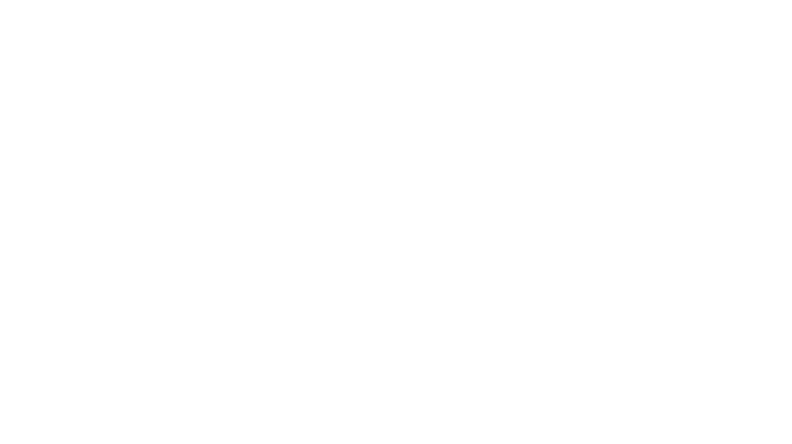